Why Your Brain and Metabolism Need Good Sleep

That 6 AM flight. Your sick child that needs care. The research paper that must be submitted. Or just your average, stress induced tossing and turning throughout the night. We’ve all been there when it comes to a night of little to no sleep. It’s no fun. Usually, however, a subsequent night of rest can help most of us bounce back from the sluggish day that follows.

But what if — as is happening with more Americans each year — one night of poor sleep is actually 6 nights of less than 4 hours of sleep every night? Can such consistent, poor sleep be okay for your health? If these limited sleeping habits sound familiar, you might be doing long term damage to your cognitive functioningת physical health, in particular to your metabolism and hormones that regulate appetite.

Growing evidence now also supports that the quality and legnth of our sleep each night affects multiple metabolic and hormonal processes in our bodies. The National Institute of Health defines metabolism as the whole range of biochemical processes that occur within a living organism. More simply put, the National Institute of Health describes metabolism as the amount of energy the body creates to burn fuels like fats or carbs. Our metabolism is what regulates blood glucose levels.

However, when we do not get enough sleep, studies have shown that our bodies’ ability to regulate glucose is negatively impacted. The National Institute of Health has research that shows adult males who got 4 hours of sleep for 6 nights in a row, followed by 7 nights of “recovery sleep” (12 hours) had reduced glucose tolerance by 40%.

Sleep deprivation not only negatively affects the body’s ability to metabolize fuel. A lack of sleep can have long-term effects in increasing real health risks, such as Diabetes Type-II. A health study where nurses self-reported extended work-related periods of getting up to 5 hours of sleep, then recovery periods of getting 9 hours of sleep, found that these nurses had a relatively high risk of Diabetes Type-II.

Extended sleep deprivation has also been shown increase appetite by lowering the hormone levels of Leptin in adults. Leptin is a hormone that tells your body that it is full, acting as an appetite suppressant during periods of high caloric intake. Sleep deprivation in adults has been linked to a 19% decrease in Leptin levels. In a study where subjects’ sleep was restricted to 2 nights of 4 hours of sleep per night, followed by 2 nights of 10 hours of sleep, subjects demonstrated a 24% increase in hunger and 23% increase in appetite.

Some studies have also linked increased Body Mass Index (BMI) to sleep deprivation. Again, individuals with limited sleep (less than 8 hours a night) had increased BMIs. Many studies have also linked sleep deprivation to a high BMI, or obesity, but most of these studies did not establish a causal relationship. That being said some found that the lowest average BMI was associated with 7.7 hours of sleep per night. Low BMI and 7.7 hours of sleep supports the generally accepted wisdom that adults should be sleeping between 7 to 8 hours each night.

If you are someone that has developed less than ideal sleep patterns, fear not! With some easy habitual adjustments, a longer, more consistent night’s sleep is just around the corner. A Harvard Medical School article on sleep habits suggests several useful tips to improve sleep quality and duration. First, avoid chemical stimulants, such as caffeine, nicotine, and alcohol before bedtime. Though caffeine may seem obvious, alcohol, while helpful in putting some to sleep, does not help in supporting extended deep sleep.

Next, create a relaxing and supportive sleep routine and environment. Use the thirty minutes before bed to create a routine that relaxes. Avoid doing work or having emotional conversations, and instead opt for a good book, your favorite TV show, or a meditative exercise. So, when you are feeling tired you can head to a quiet, dark room that supports extended sleep. You may not realize it, but your phone light, along with other computer lights may be preventing you from sleeping longer throughout the night. The same goes for any loud noises. Try and mitigate unwanted lights by covering them with sheets. Using earplugs or a noise machine to reduce erratic sounds is another useful tool.

If you are thinking about a nap in the middle of the day Dr. Stephen Amira with the Division of Sleep at Harvard Medical School recommends napping before 5 PM. According to Dr. Amira, late afternoon naps diminish sleep drive. Timing is also important when it comes to eating. It is recommended not to eat heavy foods within several hours before bed because they may disturb your stomach and, thus, disturb your sleep.

Emily is a marketing and communications specialist and a former elite level figure skater. 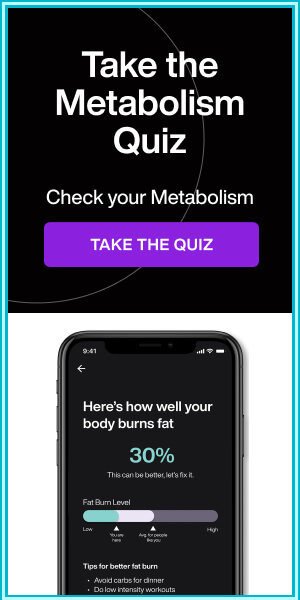 Emily is a marketing and communications specialist and a former elite level figure skater....